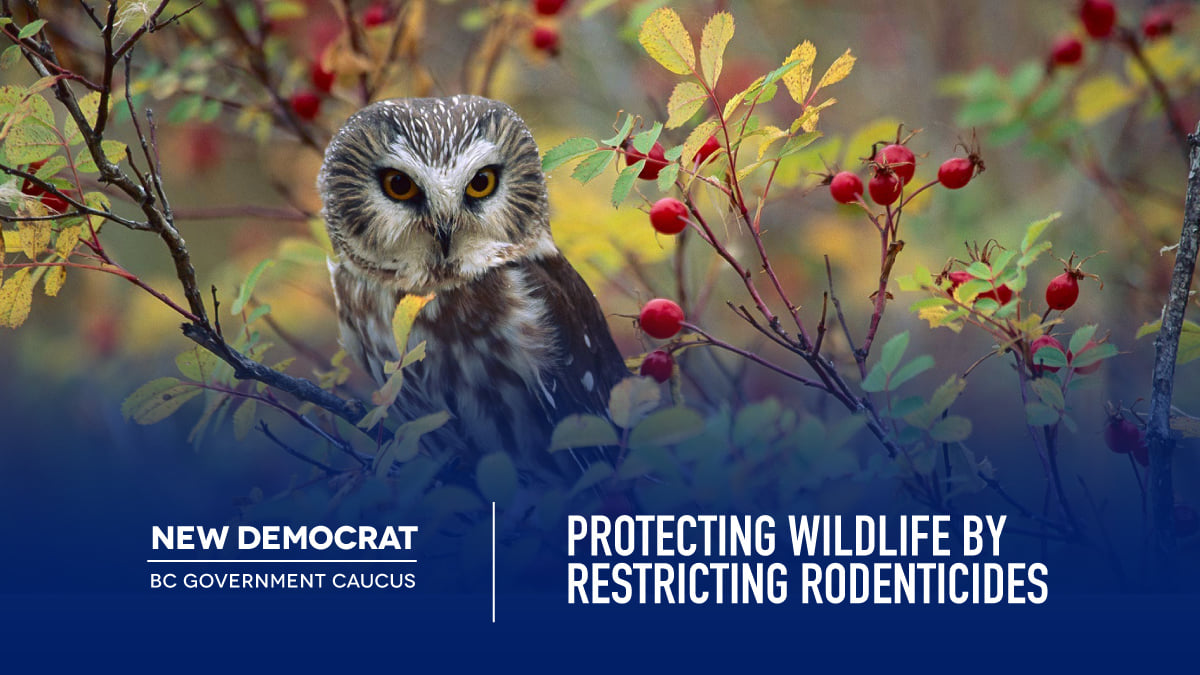 The Province has brought in a temporary ban on the widespread use of rodenticide in BC. Rodenticide, commonly referred to as rat poison, unfortunately kills more than just its intended victims but also can result in the deaths of other animals. Predators such as owls are especially at risk. The ban, which took effect on July 21, 2021, lasts for 18 months. During these 18 months, the Province plans on working on educating the public on the risks rodenticides pose, as well as working towards developing effective integrated pest management systems to reduce unnecessary pesticide use.

The District of North Vancouver has been a leader in working towards this change. Earlier in the year, I presented Yasmin Abidi’s petition to ban the use of rodenticide in the province, and since then I have met with various groups to learn more about their concerns and the measures that they would like taken to deal with this issue. I am pleased that our government has taken strong steps to address this important issue.

You can read more about the government’s announcement here.

Stay informed on what's happening in your community

Find links to government services and answers to your questions!